A tribute to Grace Jones. 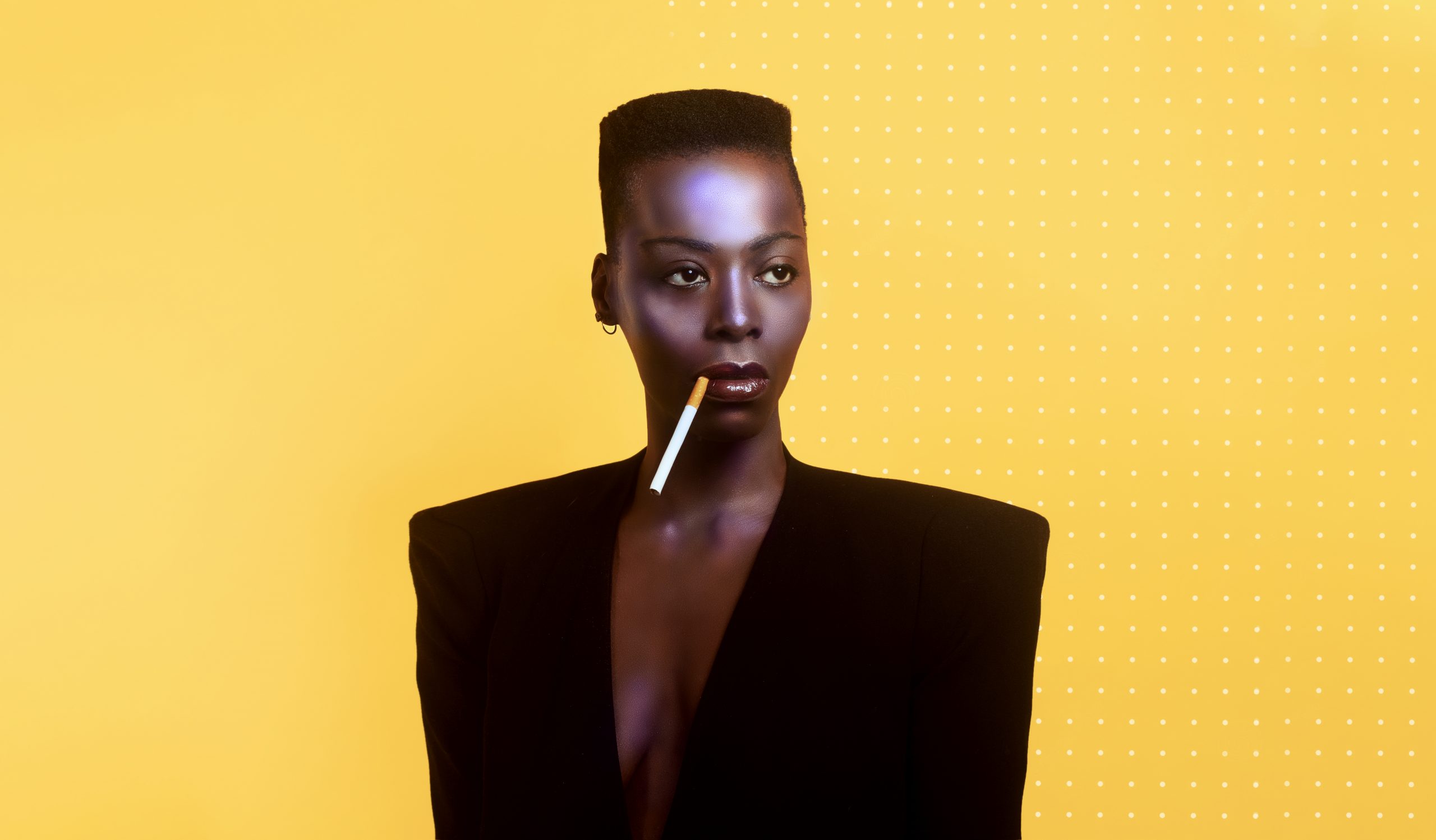 “There was always someone else in the way until I worked out how to make myself the one who was in the way of others.” -Grace Jones, I’ll Never Write My Memoirs

Supermodel, singer, songwriter, actress, fashion icon, Grace Jones has worn many hats over the course of her 50 year (and still counting) career. She was born in Jamaica but her family moved to Syracuse, NY when she was 13 and at the age of 18 signed with the Wilhelmina modeling agency. She moved to Paris in 1970 where her androgynous looks and her long limbs pushed her into the limelight, landing 4 magazine covers in under 3 months. After a wildly successful career as fashion model, she branched out towards music and in 1977 she signed with Island Records and released her debut album Portfolio. The music industry also brought her much success and she released 3 more albums before her biggest hit album Nightclubbing. The album entered in the Top 5 in four countries, and became Jones’s highest-ranking record on the US Billboard mainstream charts. Grace Jones began her acting career alongside Arnold Schwarzenegger in Conan the Destroyer, 1984 which led to more roles including a Bond girl in A View to Kill, 1985.  With her unique look and her larger than life personality, Grace Jones has stayed in the spotlight ever since. “If you are a fan of doing the unexpected, and I am, then it is an advantage to be highly skilled at changing your mind. If you do not want to limit yourself, then be prepared to change your mind—often.” ― Grace Jones 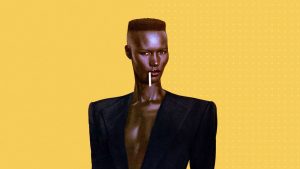 (source image- original was taken by photographer Jean-Paule Goude for the cover of her album Nightclubbing.)