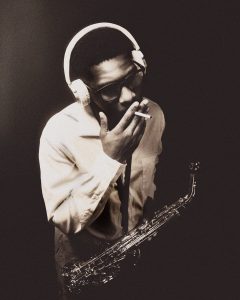 “Joe Henderson is one of the greatest inspirations to me artistically. He’s actually the musician that molded me into the jazz fan that I am today. One of the greatest saxophonists of all time and his debut album Page One will always hold a special place in my heart.” -Amani Jackson

With his career spanning over 40 decades, tenor saxophonist, Joe Henderson was one of America’s most influential jazz musicians. He had a very distinctive sound, he “wrote tunes that always sneaked a step or two beyond convention, and here, his compositions thrive on an agitated rhythmic abandon that’s part rock and part free jazz.” (npr.org) He was a trendsetter, fusing jazz with rock and popular music of the time. Henderson had a very full and eclectic career, collaborating with many other great jazz musicians including Miles Davis and Horace Silver and was a member of the band “The Jazz Communicators” as well as releasing several titles as as solo artist. Some of his more well known songs include Power to the People, Afro-Centric, and Black Narcissus. 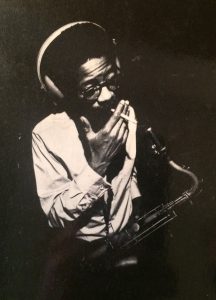