A homage to Malcolm X 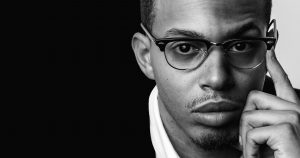 “Malcom X inspired me to become a better man as a spokesman, leader and activist for my community. What people don’t know is before he became X his life was a struggle– being a pimp , drug abuse and not even knowing how to read. When he went to prison he viewed his life as more than what he was offering and he put a stop to his old habits. Malcom X educated himself with a dictionary and the Bible, and then became Nation of Islam. After that his story speaks for itself. What I learned from him, which is so powerful in our community, is that no matter what your past is, your future is more valuable. In our lives we can’t make excuses on our issues, people will always struggle but learning from your actions is going to lead you to your success just like Malcolm X.” -Devante Vanderpool

Malcolm X was a leader in the civil rights movement, minister, and a supporter of black nationalism. Eloquent and charismatic, Malcolm preached on the streets of Harlem and at many major universities expressing the incredible frustration of the African American people, encouraging self defense and taking action. Credited with their greatest period of growth, Malcolm X was one of the most influential ministers of the Nation of Islam until 1963, when tensions developed between him and Elijah Muhammad, the head of the group. In 1964 he experienced a second conversion during his pilgrimage to Mecca, embracing the Sunni Islam, adopting the name el-Hajj Malik el-Shabazz and renouncing the separatist beliefs of the Nation. Speaking of his experiences during his pilgrimage he said “The true brotherhood I had seen had influenced me to recognize that anger can blind human vision.” In 1965 he founded the Organization of Afro-American Unity which identified racism as the enemy of justice and sought to bring international attention to the plight of the black American. Malcolm X was assassinated on February 21, 1965 but he left behind his ideas and speeches in his book The Autobiography of Malcolm X . “I’m for truth, no matter who tells it. I’m for justice, no matter who it’s for or against.” – Malcolm X 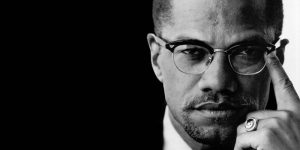