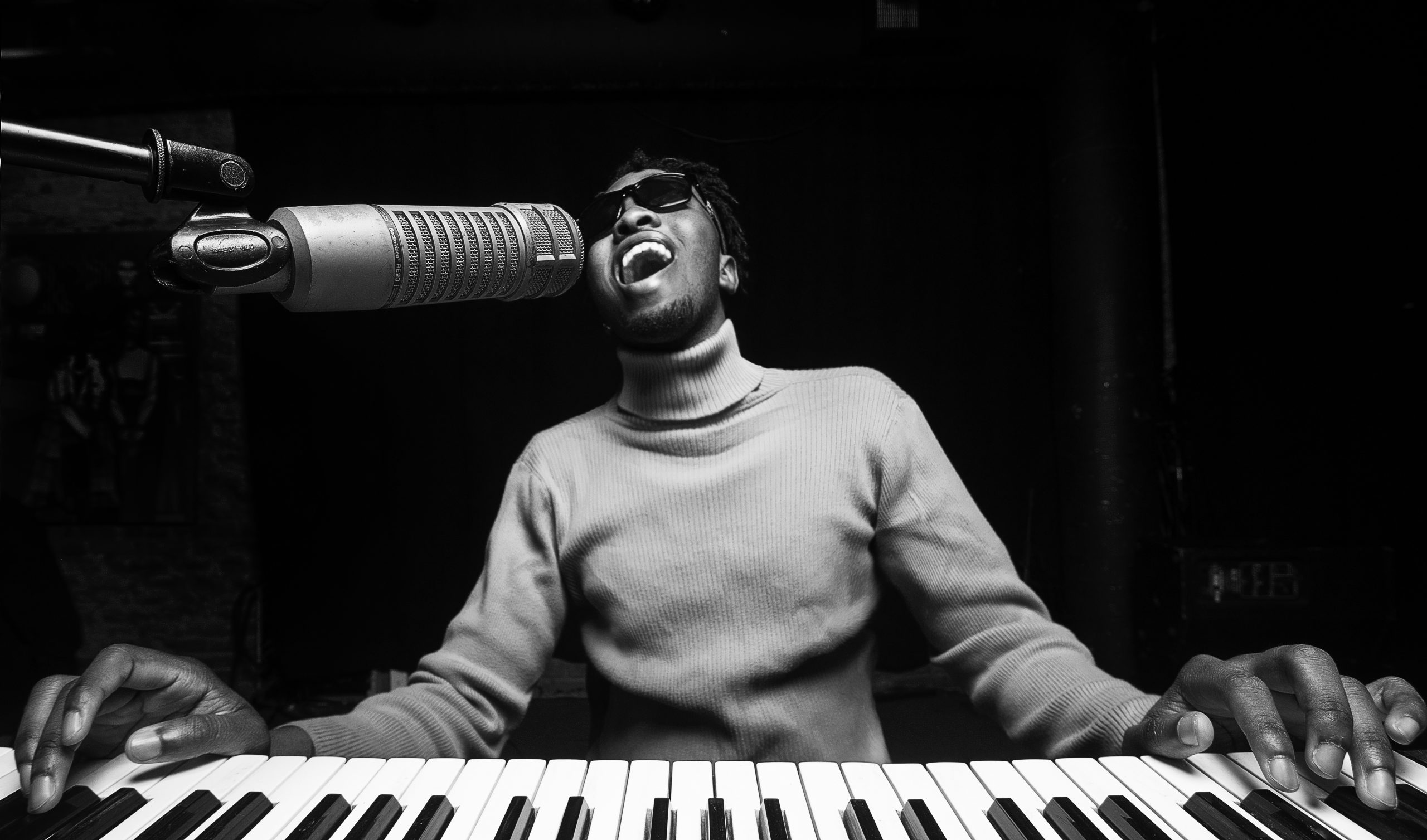 “I think this is a worthy project because it captures the essence of prolific African American figures and also shows the modeling talents of African Americans in Syracuse who don’t have the same degree of platforms.”- Nicholas Jules

Child prodigy, Stevie Wonder, is one of the most successful songwriters and musicians in the history of music. Blind from birth, he became a skilled musician by the age of 8. Under Motown Records, he made his recording debut at the age of 12 and went on to record many chart topping hits. “His classical prowess on several instruments and the expressiveness of his voice has led him down a path of unprecedented fame, political impact and societal reverence.” (westword.com) His use of the electronic keyboard, synthesized sounds and the inventiveness of his phrasing made him a musical pioneer. He believed “As an artist, my purpose is to communicate the message that can better improve the lives of all of us.” and he would use his platform to organize charity events and political rallies. Among his many accomplishments, Stevie won 25 Grammy Awards (the most ever by a solo artist), was inducted into the Rock and Roll Hall of Fame, given the Nelson Mandela Courage Award, and was awarded the Presidential Medal of Freedom from President Barack Obama.